So yesterday I took delivery of a new toy. Honestly, I thought I'd been scammed. I bought this from ancheer.shop website. Which looks official, but when you dig deeper a number of things ring alarm bells.

Their customer service email ends @gmail.com
Their social media links (google+) goes through to someone call Bo kou!
Their ONLY customer service number is in the US
They're £100 cheaper than Amazon!

Sounds too good to be true right? Yeah, even though I'd bought using Paypal, but my anxiety got the better of my and caused a few of those hot flushes and sleepless nights. But I needn't have worried as twelve days after I ordered it, from the Czech republic.... it arrived. 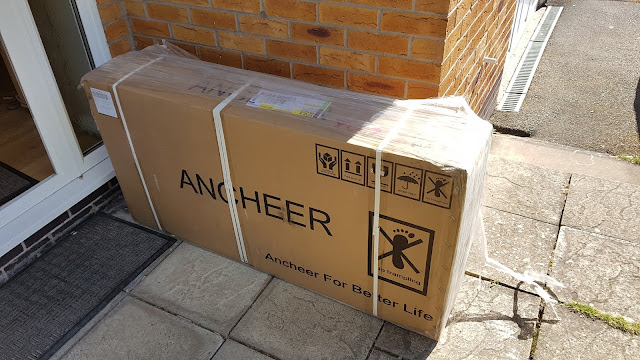 Overall it took me about an hour to build. The quality is much better than I'd expected. The front forks are adjustable which surprised me, and quite soft, but the recoil feels good. The hardest part was fitting the reflectors. I felt there was too much attached to the seat pole, so I nicked a reflector off an older bike which I could attach to the frame. Overall though, it has to be said that the assembly was pretty easy. I did have a problem fitting the handlebars to the stem, two of the bolts 'caught' and needed screwing in with force. But they're in now, I just doubt adjustment will be able to be made without replacing the top bracket (forgive me, I don't know the technical term). I didn't think the rear light worked as nothing was happening and there didn't appear to be a tab to be removed, but using the multi screwdriver on flathead allows you to prise the case apart and remove the battery tab. The lights are a nice touch even though they're cheap, they feel like a nice free gift.

What was disappointing however was the discovery that there was no thumb throttle. Now I think that it might only be legal to have pedal assist now in the UK, or the EU. But I'm not 100% sure, and the website does state that this bike comes with a throttle. So in reality.... it should do. But alas, it does not, which is disappointing. I have emailed the company to see what their response is as it ought to be clear on the website.

Nevertheless, when the bike was fully assembled. I was really happy with the overall appearance. The battery showed as fully charged by the time I'd finished (I think it was when it arrived) and I was ready to roll. The first blast up the road (obviously on max power) was one I'll remember for a while. Like the feeling you get when you first manage to ride a 2 wheeler. I literally flew up the road, up to 15 mph max in seconds.
The reason for getting this is to reintroduce the fun into cycling. Living at the top of a hill means coming home, is not fun. So I cycled to the bottom of the hill, and back up again. It's not easy as some people would have to believe, but you're never going slow enough, or it's never to painful to justify stopping. You won't fly up hill, unless you've got a good speed to start off with, but maintaining speed, still takes a lot of effort. 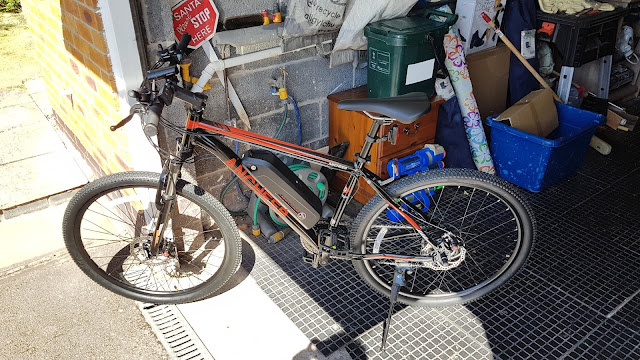 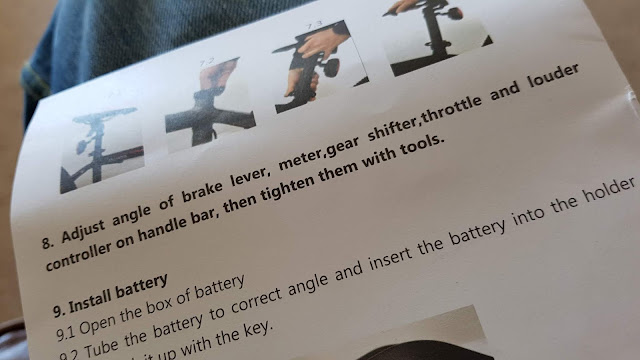