The superb remote access application Teamviewer is now available for the iPhone. For free. I've tested it over 3G and it works like a charm. Over wifi, performance can only be even better. Well worth downloading for anyone who owns an iPhone and a PC or Mac. 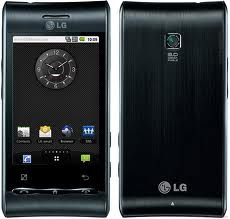 I do wish manufacturers would either pick a name or a model number for their handsets, not both it does confuse things unnecessarily. Anyhow, this is the budget LG Optimus. And on first impressions, it feels anything but budget. This feels like a high quality product. The buttons at the bottom are made up of two touch sensitive keys, menu and back, and three normal click buttons, end call answer key and home. They can be pushed with the finger flat, but they require some pressure, so it feels more natural to use a finger nail, which is slightly irritating as the buttons are quite thin. Slide a Green padlock to the right and you're in. LG's take on android is most similar in appearance to HTC's, rather than Samsung's wave like adaptation. Five customisable home screen's are pre filled with some of the more useful widgets, clock, memos, weather, calendar etc. But there is still enough room to add other stuff. The screens are laid out 2 to the left and two to the right of the main, centre screen, aka, the home screen. The main menu is accessed by touching the centre building block icon, in the bottom centre. Curiously, there is a dedicated phone icon that take you to the phones number pad, whilst the actual start call button, takes you to you call log. Annoyingly, I keep naturally pushing the end call button, to try and take me back to the main screen, this action puts the phone into standby mode, which requires unlocking again. I'm sure this is something you'd get used to over time though. The screen is resistive not capacitive, meaning it requires an actual finger push as opposed to a light touch, like the more expensive Galaxy's, Desires and iPhones (you get what you pay for I guess). The menu's work well and despite the clear difference in screen qualities, it feels like a very well made, value for money android handset. The fact it has GPS inbuilt AND A digital COMPASS, is nothing short of a miracle. The basic 1-9 keypad makes text input old fashioned and long winded, but it can be changed to a qwerty keypad in the settings easily enough. The ever impressive google skymaps, works well enough. The web browser does the job well enough too, text is clear enough to read, but without a high res display and pinch to zoom, the most complimentary I can be is that its functional. The camera is a fairly healthy 3mp and, like the best smartphone cameras (and unlike the iPhone Apple!) it has a two stage shutter release button. Lightly to focus and a bit harder to actually take the photo. Images look good and the ability to upload straight to a Picasa web album is easy enough. Overall I'm really impressed. Obviously, its no iPhone or Galaxy S, but, for a budget handset, its very desirable. A superb start for Lg's foray into Android handsets.
at August 16, 2010 No comments: