If you're not on a budget, buy a Mac and don't worry about the specs.

Mac computers are the user friendly alternatives to PC's. They're quicker to learn, more intuitive, and less prone to failure. People may disagree, but I've been using them for over 10 years and they're my go-to solution for everything.

If you are on a budget, let's keep this simple, if you've found a website that sells laptops, it's likely got some filters on it, here's what I'd set my filters to, if I was looking for the best value for money I could find. For each category, the filter I'd set is in bold. In order of importance.

Windows PC's do everything a Chromebook can, and more. Chromebooks used to be significantly cheaper, now that seems less like that's the case. Be on the lookout for Windows S though, it only allows apps to be installed from Microsoft marketplace.

Buy a machine with an SSD (solid state drive not HDD, [hard disk drive]), 128Gb machines should be your minimum for everyday use. Bigger hard disk drives (eg 1Tb+) in cheaper machines are likely to have a speed rating (eg 5400 or 7200rpm), these are normal HDD drives, not SSD drives and I'd urge anyone to avoid them nowadays. The speed benefits of an SSD are primarily what separates the budget machines apart. Some machines have both, which is ok.

8Gb should be your starting point. Try and avoid 4Gb if you can, but deselect this option to bring the costs down, 4Gb is ok for home learning.

i3, i5, i7 etc, these are the processors to buy if you can stretch to a machine with one in. Or Ryzen chips (3 or 5 are good starting points). Celeron and Athlon are the lower end, so machines with these in should be much cheaper, if you're looking at machines with Celeron or Athlon processors, look for the speed rating, the higher the number the better.

This is down to personal preference, 15" Laptops look great, but can be a handful, and quite heavy. Go for Full HD and get the highest resolution screen you can, if you want the best screen technology OLED offers outstanding clarity and depth, but LCD is much more common.

The big names are Asus, Acer, Dell, Microsoft and Lenovo. I'd personally avoid Huawei at the moment (although they make great machines) because of the uncertainty with American business and UK data infrastructure.

Look at the reviews, especially the negative ones. If a machine has a high number of reviews but a low score, I'd avoid it. If a machine only has a couple of reviews and the negative ones are a variety of reasons - for example, couldn't connect to wifi, couldn't transfer files over bluetooth, it's possible those might have been one off's that they'd have encountered due to a lack of knowledge, check other sites for reviews by putting the model number and 'reviews' into google.

I hope this is useful, let me know if there's something I've missed or that's confusing.

You should love the S21 ultra; but you probably shouldn't buy it.

Ok, so I admit, the features the Samsung S21 Ultra has are great. Let's look at them

The handset has a beautiful AMOLED screen. For those of you who haven't upgraded to the latest iPhone you may not know that OLED screens look amazing. Individual pixels can be turned off completely, this means it's much better for battery life than an LED screen. Blacks looks blacker and you also get the 'always on' feature that allows you to see your clock and notifications even when your phone is off. Very cool.

Edge to edge display. This too is a great feature, a lovey design I like it a lot. 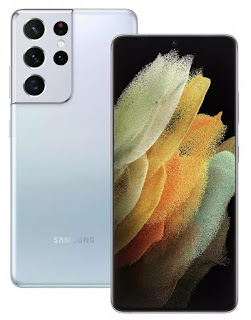 A wide angle lens, a telephoto lens and a normal lens on the camera. Superb for snapping creatively.

Support for the S-Pen. having a pen on a smartphone can make workflow much much easier. Taking portions of screenshots, and annotating them is also really useful.

A big battery, anything north of 4500mah in an android phone is going to give you genuine all day functionality.

A fingerprint sensor under the screen in the front. Really useful, great for unlocking your phone easily.

128Gb of storage on board. Great, but there's no expandable storage which is a bit of a drawback.

For me, these are the useful features it has  that I value and appreciate in a phone, but Samsung make a phone for less than half the price, with all of these features (including the S-Pen). That phone is the handset I currently use, and it's the Note 10 Lite. On sale for £529 from Samsung and even less from other places, if you're a student registered with Unidays that drops to below £450*. That's £620 *(or more) less than the Ultra! If we were allowed on holiday, that saving could be an extra passenger!

Ok, they are not the same handset, but the differences aren't as big as you might think. Of all of the features above, there are compromises, but in my mind, genuinely, they're really not important, and the Note 10 still scores some points over the S21 Ultra. (Starting with the lovely pearlescent back).

Firstly, the big (perhaps only) compromise with the S21 Ultra. The S-Pen - there's a slot in the Note 10 lite... but none on the S21, so if it want to use one (and you really should) then you'd have to purchase a special case for it if you own the £1000 plus handset, but in the Note 10 Lite, it slots neatly in the bottom.

On paper, the Note10 Camera options also appear better, all of the Wide/Zoom/Normal cameras are 12mp, where as some of the camera's on the S21 Ultra are only 10mp. I know the MP don't matter that much, and the S21 has 2 dedicated Zoom camera's which reach far further than the Note 10 Lite, but the options on the cheap choice are enough to keep the average user happy. I'm not arguing that the S21 Ultra camera isn't loads better, it is, but the Note 10 camera isn't shabby either.

The Note 10 lite also has expandable storage, where as (previously mentioned) the Ultra does not. The edge to edge display is 89% on the Ultra vs 86% on the Note 10. It does look like the bezels are a bit thinner on the S21, but it's barely noticeable from the front.

So why is the S21 Ultra well over
£1100 when the Note 10 is only £529. Well, if you use your phone for gaming, you're going to notice a big difference. The RAM is twice as much, but 6Gb of RAM is still likely more than enough, 6Gb is enough, 12Gb is exceptional. Will you notice? Only if you game.

The processor is twice as fast, measured in nm, the lower the number the better. It's 5 vs 10, again, unless you're a power user or gamer, you're unlikely to notice.

The main camera on the S21 Ultra is 108mp, so it can zoom in far closer without losing detail and the lenses on the S21 are much higher quality. But you can still take lovely pics with the Note 10 Lite.

The fingerprint sensor although it functions in the same way, is ultrasonic as opposed to optical. (No, I don't care either).

I could go on, but the fact remains, if you want a phone with the key features that you will likely appreciate, (large display, choice of zoom settings, AMOLED screen, s-pen, big battery, etc) then you can get all of these, with the reassurance of the Samsung brand, in a much, much cheaper package. No, they're not the same phone at all, the components in the S21 are far newer, much higher spec and the handset will be quicker and much more responsive, (I haven't mentioned the display hz, or the higher resolution screen and the water proof-ness of the S21) but these things aren't important to most folk. If they are for you, perhaps they're deal breakers.

I don't have a £4000 gaming PC, for the same reason as I don't have a top of the range phone. I don't need it. I research and I shop frugally, and for most people like me, the Note 10 Lite, with most of the 'cool' features are mid range bargains in the same way the Acer Swifts are generally great mid range laptops.