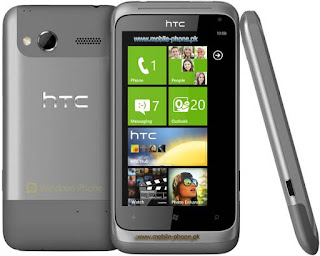 One of these landed on my desk last week and within a week, I've warmed not only to the device, but also to the OS too. windows Phone used to be as complicated as any RIM offering, but now, it's as simple as you like. Two main screens make this phone function. The first screen you're presented with is the 'tile' display. These can be moved, deleted, added to and customised in whatever way you see fit. You scroll up and down through your tiles and tap to select, Facebook, email, weather, youtube, whatever you use most often. Swipe right to left and you enter a full list of apps with smaller icons, laid out alphabetically, top to bottom. Settings, initially being the lowest, until you add the vevo and youtube apps. What's exceptionally good however is the speech control. This is most easily explained by an example of a conversation you may have with your phone after you've pressed and held the windows key for a second or two.
Bleep.
"Text John"
"Which John"
"John Jones"
"What would you like to send?"
"Hi, really busy here, I'll call you later"
"Texting John, Hi Really busy here, I'll call you later, you can send or try again"
"Send"
...............
Message received, from john, would you like to read it or ignore?"
"read it"
"Text from John, No worries I'm bogged down too, speak later; you can say reply or I'm done"
"reply"
"what would you like to send?"
"brilliant, I'll call you later"
"texting brilliant, I'll call you later......... etc

And so on, until you're finished and you tell it "I'm done". I've had a play with Siri on the Apple iOS iPhone4 and it too is pretty impressive, functionally, Siri may be a small step ahead, but this really isn't far behind at all, and Microsoft just haven't made a big deal of it at all. Their marketing team need a real kick, as this should've been their big selling point (it worked for Apple!). The phone easily swipes between windows (would you expect any less) just by pressing and holding the back arrow key. The app store has most of the essentials, albeit not Skype. The panoramic camera mode is pretty damn decent, although the resulting image is only of adequate resolution on a computer. The software to update and sync (zune) is available for Mac and PC. This unit, the radar, is also pretty well built, but only comes with a mediocre 6gb. (I know, ONLY 6GB!) and more irritating, not SD card slot. But, despite it's quirks, I'm really enjoying it, what I haven't mentioned is the beautifully slick email interface which is allowing me to stay on top of my email at a most demanding time at work. Loving it. Thoroughly recommended.
at November 22, 2011 No comments: