How I took these 'amazing' images.

I can only take some of the credit for some of the images that were described by a fellow tweeter, Ken, as 'amazing' last night. Knowing about photography helps capture these shots, but anyone who knows me well, knows I always prefer the easy way to do things, and if there isn't an easy way, I'll usually find one. This also makes it easy to explain to others, how they can do the same. So here goes.

Everyone is capable of spotting what a great image looks like. "Look at that view" and "What a beautiful sunset" aren't phrases exclusive to photographers, we all know what beautiful countryside looks like. But sometimes it's the contrasting light that makes the scene what it is. This happens more in the golden hour; an hour after the sun is rising or the hour before it sets. In these moments, we get huge variations in contrasting light. We have bright skies and deep dark shadows falling over the land, which create depth that give us texture. Our own eyes are incredible at picking the detail from a scene and as we flit from bright to low light, within an instant, our eyes have adjusted to give us the detail from that portion of the scene.

A camera cannot do this. A camera gets one shot to let the right amount of light in, and in a high contrast scenario it will inevitably fail with only one attempt. The answer to this is to use High Dynamic Range, however, don't assume your smartphone's HDR option will give you the results you want, as there are two ways devices can attempt it, and one, is far more effective than the other. A brief explanation why.

Method 1 - Most HDR options on smartphones will take one image and try to increase the brightness of the shadows, and decrease the exposure of the bright areas. The benefit to this method is that one shot often means sharper edges and better clarity. The disadvantage is that there is a lower variation in brightness.

Method 2 - The best way to create a HDR is to take 3 or more images with different parts of the image correctly exposed and then blend them together, which sounds complicated, but actually isn't, all of the shots I create on my phone, take less than 10 seconds. Have a look at the following images to see how this works. 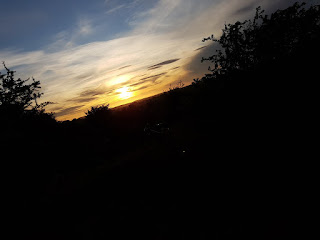 In this image we can see the beauty of the sky. This is what I could see with my naked eye, so I knew there was a good shot here. 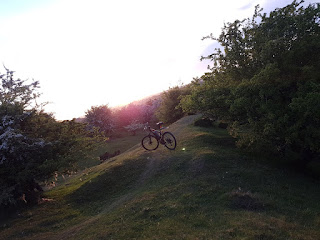 Without the outline of the trees to help us, this could be confused for a different scene altogether. But we can see that the exposure for the foreground is a little under exposed. We've lost some detail in the trees to the right, but we have a fair amount of detail in the shadow of the hill. The sky however is totally blown, so there is no detail whatsoever. But this, in real terms, is likely the best result we could get with just one shot. In essence, this is correctly exposed! 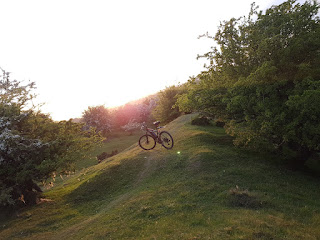 In the final image we can see more detail on the ground and we've pulled a little more detail from the shadows of the trees, but the sky has even less detail than the properly exposed shot.

So with three images captured, all with their individual merit what happens when we blend them together? We get this. 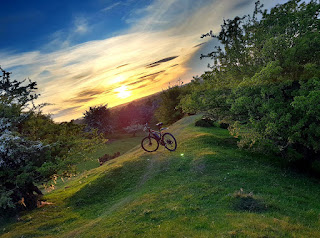 We can see that blending the images together gives us a shot to be proud of. We have nice white light where the sun is and dark where we'd expect the shadows to be and if anything, this is perhaps more beautiful than the actual scene was on the night. But there are compromises. If we zoom in on the left, the image is actually really sharp. But as my handheld effort shows, the camera did move ever so slightly during the three shots, on the right, the trees look like this. 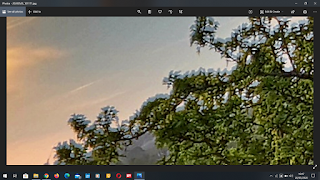 This tell tale signature shows it was a HDR with three blended images. The ghosting effect is a dead giveaway. But it's a small compromise for such a lovely scene. We could reduce this effect by using a tripod, or a rock to steady our device, but I can live with it as most people would likely not see it.

So how can you achieve the same results?
Find an app you love.

The app I use is one I have bought twice, once for my iPhone many years ago, and again for my Android handset and it's called 'Pro HDR Camera' by Eyeapps. It's ugly, but it's functional and it does exactly what I want it to do, and visiting their website it looks like they have an update available for it. It doesn't take wide images, only 4:3, but it's fast and it creates results like the one above.

I hope this has been useful, if you snap any images using the HDR technique, make sure you tag me on twitter so I can appreciate your work!

PS. The angle is called Dutch tilt, but that's another thing altogether.