So, if you have a Retina display or a UHD display on your TV or your computer, you'll know just how amazing 4 and 5k can look. But if you've investigated UHD camcorders, you'll also have noticed how the market is divided. Cheap action camera's from China claim to record UHD content. But the results are lacklustre at best and downright ugly if we're being honest. Most struggle to process the data that's required fast enough, meaning blocky results and unsightly artefacts.
At the other end of the market is the branded camcorders, and digital cameras. £300 seems to be the entry level, but the sky really is the limit. 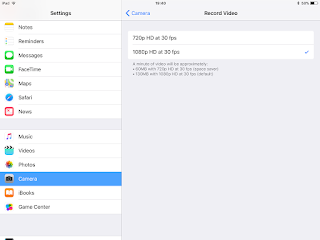 So what if you've got a standard iPhone or iPad? Something that might be a couple of years old, but only has 1080p or 720p options in the menu? Most apple devices have wonderful lenses on them, and significant processing power, which is whats required for recording 4k. Well, I may have some good news for you. Because of their processing capability, they're most than powerful enough to record in 4k, and furthermore, the limitations of the OS menu aren't enough to stop you harnessing that power. In theory, the same should be true of Android devices, but my Octa-Core P8 isn't powerful enough with the apps I've tried. 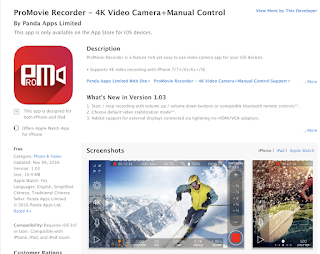 Firstly iOS - The app I tried for this is called ProMovie recorder. As well as a whole host of manual camera controls that geeks like me might find useful, there's also the option to boost the resolution to way beyond 1080p. To test the app costs nothing but to unlock the app (and remove the watermarks) is a relatively affordable £2.99, well, more affordable than an iPhone upgrade anyway.
You can download it here. 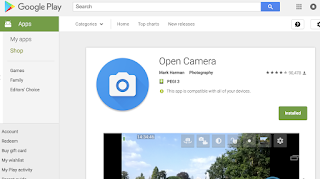 On Android, the 'Open Camera' app has a hidden feature to 'force 4k' although it does state that this is very much experimental and, as previously mentioned, it didn't work on my Huawei P8, which, to be honest, I thought would have been powerful enough. You can download this for free from this link. It gets lots if positive reviews, so I can only assume many people have succeeded. Let me know if it works for you and which phone model you have.