Drones and the law to protect people from injury.

Remote control flying machines used to be a niche hobby. Like minded, middle income shed dwellers would meet up to compare their creations; in a wide open field, they'd race around the skies and eat away their Sunday afternoons.

Not any more, a handheld controller and a lethal four bladed cutting machine can be seen in most busy tourist sites. And this is a problem, someone soon is going to get seriously hurt, or killed by one. Mark my words, the news channels are hungry for the scoop on this story, as the popularity grows, seemingly exponentially, it's not long off happening in the UK.

Drones are not for the fainthearted. The majority of the time they behave exactly as you expect them to, but they are difficult to learn and thus, hard to master. You can never be too cautious though and you always have to have your wits about you. You may get the left/right or forward/back controls confused depending on which way your drone is facing, especially true when you're still learning.
The consequences for getting this wrong around people can be catastrophic. If you've got the stomach for it, take a look at this story from November 2015.

Obviously, I'm a big fan (no pun intended) of quad-copters. As a photography and video enthusiast, the possibilities of sending a good quality camera, and amazing video camera hundreds of feet into the air is too tempting to resist. But I'm not blasé about the risks, I'm fully aware of the legislation, and fully aware of my commitments as a professional. But, and here's the problem, so many drone owners, (like the one I met on the beach on Sunday) simply don't know, or care about the regulations. The risk to people far outweighs the risk to property. The possibility of someone losing their life or suffering debilitating or life changing injuries (like the poor toddler in the story) should be setting alarm bells off that something needs to be done now. As well intentioned as the Drone code is, it's only effective

So lets cut to the chase, what should be done?

Like the warnings on cigarettes, I believe the message should be loud, and clear at point of purchase. Without getting tied up with the intricate details of the law* the message should be a simple one on the box of every drone sold, that has exposed blades. Retailers should advise new owners on the law as well. 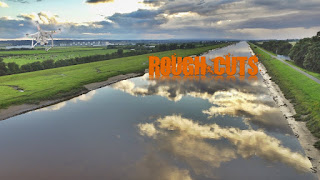 "It's illegal to fly this Drone
within 50m of people"


That's the message that should be clearly visible on the packaging of every drone box sold in the UK. Everyone who buys a drone from that point on would no longer be able to claim ignorance to this vitally crucial message from the CAA drone code. This warning must be endorsed by Police and government. From my experience, the CAA aren't too bothered about investigating illegal operations. I've filed several reports via the CAA whistle-blowing site of dangerous activity with no follow up to any of them.

Perhaps the public should be better educated too? A TV campaign, or naturally the news coverage of the new labelling could work wonders? I was the only one that said anything to the gent who was flying his drone from a crowded pavement on Sunday, perhaps if he knew that everyone was aware he was breaking the law, he wouldn't have done it? Currently, the risk of getting caught is so low, that people can (and do) get away with flying illegally. If a Pilot can illustrate he's taken all reasonable care to ensure he's 50m away from people then fine, otherwise, the Police should have the powers to remove a drone from a user recklessly endangering other peoples well being.

It's only with clear advice at the point of purchase that as a nation we can ensure that public safety is put first. If the Pilot in the story above, knew it was illegal to fly his drone within 50m of people, this boy's sight in his right eye could have been saved. If the Parents had known the dangers, perhaps they'd have stopped the flight before the accident? Hindsight is a wonderful thing, we need to act know before it's a debilitating injury that we're acting on, or worse.

This guardian article explains what the government is doing, in relation to drone ownership, and I welcome the compulsory registration, but there isn't anything relating to advice at point of sale, Lord Ahmed stated;
"while the vast majority of drone users were law-abiding and had good intentions, some operators are not aware of the rules or choose to break them, putting public safety, privacy and security at risk”.
Which highlights the problem.