Just read a pretty misleading article on Google music and how it doesn't really 'gel' for people with Apple hardware, so I just wanted to set the record straight. For anyone that read the easy cheap networking post using Apple products, you'll be aware that pretty much most of the networked devices I have are Apple. For this article we only need to consider the 2 x Airport Express (Aex) units and Apple TV (Atv) devices. I also use a Mac an iPhone and an iPad.
I use iTunes on the Mac pretty extensively for arranging and syncing music between the iPad and iPhone. Music I have is a mix of stuff bought through iTunes and MP3 ripped from old CD's. I boot up Google's Mac software 'Music Manager' which uploads my iTunes folder to Google Music. It doesn't offer 2 way sync, so if I delete an album from iTunes, it remains on Google Music. Which isn't necessarily a bad thing (sometimes I regret deleting an album, and as it's not eating into any storage space I pay for or need, it's all good).
On the Mac, I can obviously still use iTunes to stream to either the Atv or either Aex devices in other rooms. So Google musics limitations here, have nil effect. On the iPad, and the iPhone, I use the superb gMusic app. Which is airplay compatible. So, I have no problems streaming the music from either iOS device to any of the networked devices in the home.
Seriously, Google Music really does offer a premium service, even to Apple advocates, that it makes Match totally redundant for me. While Google continue to offer this service up for free, I have literally zero reason at all to consider lining Apple's pockets with any more of my hard earned. 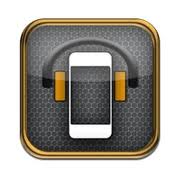 Hats off to Google for this one, I can carry my whole library around with me on any of my devices, so long as I have a decent wifi or 3G connection. Which for the most part, I do.
at March 12, 2013