What do you look for when you're buying a new handset?
Many people look for these and also like their handsets to be well designed and good value for money. Which brings me on to a recent bargain I think I landed. In the black Friday sales a couple of weeks back. I nabbed myself a Samsung Galaxy S7 Edge,  I'd always found Samsung flagship handsets to be a little overpriced. But I picked one of these up for £380. To say I'm happy with my phone is an understatement. I bought the gold one as I think it suits the premium design, but I appreciate beauty is within the eye of the beholder and many simply dote on the iPhone X design. Which is understandable. Anyway, I wondered in terms of specs, how does last years £380 flagship stack up against Apple's £1000 plus 2017 flagship?

So I did a comparison and was surprised at some of the results. 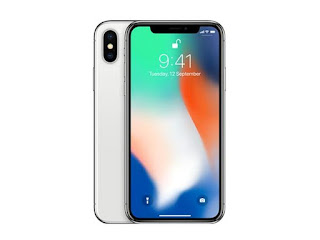 Whilst the judging of one camera against another is always going to be subjective, and the iPhone boasts 2 lenses; on paper the handsets are both pretty similar. Both produce 12MP images (yes I know MP aren't everything), the Samsung scores a small victory by having the best aperture (not enough to win any arguments) at f1.7 vs f1.8, and has a slightly wider field of view at an effective 26mm vs 28mm, they both boast 4k, HDR panorama etc, but the iPhone does sport a quad tone LED flash. Where as the S7 only has one, however the S7 does tend to overcome it's one LED issue with an almost perfect white balance. Which, at the end of the day is the main problem with LED flashes. Anyway, like I say this one is subjective, but there's enough to argue this one forever. I'm amazed with the S7 camera, but I've also been amazed with the iPhone camera too. Maybe it's a draw. Maybe you can pick a winner?

SCREEN
Both the iPhone X and the Samsung Edge 7 have AMOLED screens, which give infinite contrast ratio, in other words, lovely bright whites and dark blacks. It's measured this way because, effectively, AMOLED screens can turn pixels off; which not only uses less power, but also means that the screens can be partially used when the phone is on standby. So far, the handsets are equal, but when you look at overall resolution and pixel density, the Samsung takes the first clear win. Yes, the last generation of Samsung handsets has a higher resolution screen than the iPhone X. 1440x2560 vs 1125x2436, it's not much, but this is a 2016 handset versus Apple's £1000 (entry level) model AND, because the iPhone screen is 5.8 inches, not 5.5 inches, that also means it's pixel density is less. 458 pixels per inch, vs the Samsungs incredible 534! Thats a clear win to Samsung. The display is better, and that's a fact. 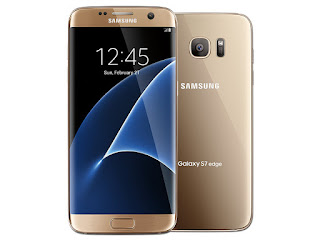 Another shocking win for Samsung and an embarrassing loss for Apple. iOS claims to be more processor friendly, but GSM arena tests suggest the Samsung has a 92 hour endurance rating, vs the Apple's 74 hour. Another factual win to Samsung.

PERFORMANCE
Honestly, I can't really say a great deal about the processing power that can't be explained in the benchmarks. And here, it's a clear win for Apple. The Samsung S7 Edge scores half what the iPhone does, meaning, for fluidity of operation, the iPhone will feel more natural to use. Indeed it sports a 120 hz display meaning scrolling and the like will be ultra smooth and gaming won't work the handset too hard at all. But I game on my computer and console. I don't play immersive graphic intensive games on my mobile. I just don't enjoy it, which means I'm left with an Octa-core handset with a dedicated graphics chip that works perfectly with 90% of apps, regardless of which handset I choose. So although it's a win for the iPhone, the point is moot, for me.

RAM
Samunsg 4Gb
Apple 3Gb
It's got more, its that simple.

The smartphone debate will rage on and there is more to the iPhone X than is mentioned here. But, this is a handset that (if choosing the 256Gb model) is 3 times MORE than the last generation of Samsung flagship handset compared here, and it loses on too many points. If you buy the Apple flagship handsets and if you've bought the iPhone X you'll probably have something to say about this comparison tell me what I'm missing, because digging around for an extra £800 is going to take some convincing as thats a FREE holiday to some people!