Is it easy flying a drone?

This is a question I get asked more often than most others. And for the part, I answer without thinking. Yes, I say, If you can fly one of the cheaper drones, you'll find the more expensive one's simple.
And to a degree that's true. 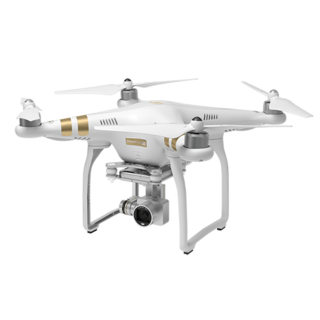 The smaller £30 drone's like the one I started with, the Hubsan H107 is a real handful. In fact the first time I took it out, a few days after Christmas (wihtout my glasses on) I lost sight of it at about 50ft, the wind got hold of it and I spent the next 40 minutes traipsing round a field looking for the little flashing lights, which fortunately, because of the quick loss and lack of power going to the motors were still flashing. (They usually only last 6-7 minutes).
The reason the smaller drones are harder to control (and thus better to practice with) is because they don't carry any technology that would aid the pilot. No GPS, no ultrasonic or visual sensors, no altitude controls or compass, although the Hubsan does have a gyroscope to keep it stabilised. However the real (hardcore) racing drones are harder still. These guys really deserve your respect. Anyone who can control one of these and fly it through small hoops has serious skill (or years of experience).

By contrast the pricier professional drones are equipped with an abundance of safety equipment, which makes them much harder to crash. But, not crashing is only half of the problem. When you're flying you still need to have considerable spatial awareness. When your drone is facing away from you, the controls are logical. When you're flying towards yourself, these controls are reversed. If you're landing in a tight spot, this confusion can quickly become panic if the drone drifts too close to, well, anything. The right thing to do in this emergency is to lift as rapidly as possible, but this emergency procedure takes preparation.
In addition if you're going to capture video, then there are a number of additional skills you need. Especially if you want to get creative with your shots. While it's true that there are a number of automated tools to help you get the perfect shot, none of the one's I've seen are smooth as manual inputs.
For example, you want to do a flyover of a house or an object. You have a number of options.

Gain altitude and accelerate over the object. (easy, looks a bit dull, final shot will be looking over the subject).

Gain altitude and accelerate whilst panning the camera down (not too difficult, looks ok).

Gain altitude, accelerate, pass on the left or right, slowly counter-rotate the drone towards the object and pan down to keep the object centre (much more difficult, but looks amazing).

Now lets say that the object is moving, fairly quickly and you're looking to get a shot like this one?


Was that easy? Honestly, no, it wasn't. It took every ounce of concentration from spotting it in the distance, to decreasing altitude, flying backwards, spinning at the same speed the train passed, regaining altitude and keeping the framing right until it disappeared. With only one chance to get it right, I felt an overwhelming relief when I realised I'd captured it.

So there you have it, is a drone easy to fly? Yes, it's easy to keep in the air. Can be tricky landing if you haven't practised first and is pretty complicated if you want to make great looking video. If you want to fly around for 10 minutes at high altitude and put videos on youtube. Yeah, Simple. Enjoy it, it is an amazing amount of fun to master.
at September 18, 2017