I can remember back in 1985, we synchronised the playback of "Dire Straits" - "Brothers in Arms", the LP, with the 'DDD' (Digitally recorded, Digitally mastered, and Digitally stored) CD. Then someone else hid the selector and played back, through a JVC amp and some Mission speakers, both sources. At the time I got them mixed up. I thought they sounded equally as good as one another. I honestly could not tell the difference, they both sounded great. It was the Amp and the speakers in that set up that took the source and made something listenable.

So with that in mind the sound quality debate turns it's head to MP3. We'll call it a draw between Vinyl and CD as my opinion hasn't changed, (although I much prefer CD because I always hated the pops and inevitable scratches Vinyl produced. Progress made with CD's, for me at least, was progress). 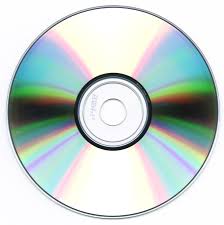 At this point it's worth considering something important. A CD is a 750mb data source. Streams of 0's and 1's produce a wave form, sent to a sound processor, which turns it into an analogue speaker signal. A normal CD of 750mb can support about an hour 20 minutes of digital music. This is recorded in the .CDA format.

MP3's by comparison are, in principle, exactly the same. Although they take a fraction of a size of a CD. In 1995 I can remember working in Tandy, and the first 1Gb hard disk drive came out around 1997. This 1024Mb memory would only have been enough for 1 complete uncompressed CD, including the operating system of the machine, you'd have done well to get much more on it. Hence the need for MP3.

Back in 2002, I converted circa 350 CD's into MP3 format, as I had a 60Gb Hard disk and as I could feasibly do it, it had to be done. Prior to this on an old set of Senheiser headphones, I tested the various bit rate's I could rip music at. 128kbps would take about 50-70Mb per album. 320kbps about 150Mb. At the time I convinced myself 128kbps was the best. And so during the following 2 weeks I sat and I fed my Evesham computer each CD, one, by one, by one.

Of course now, headphone and speaker technology has moved on, and well.... goddamn it, 128kpbs produces a shrill distinctive high hat/cymbal distortion that just vanishes totally at 320Kbps. In visual terms this is the same as over compressing a .JPG image and seeing blocks of image.
Iomoio, for the most part supply MP3's in 320Kbps, which sound significantly better on any system. This discovery has resulted in me re-downloading all of my Pink Floyd collection (amongst others) again, it really is that much better. A lot of my collection is still in the 128Kpbs (from 14 years ago) and for the most part, it's ok, especially in the car. But 320 and CD... for me are equally as good as each other, my ears simply aren't good enough, even with my V-Moda crossfade LP's to tell the difference back to back. And being able to blast them from Google Music, to any hifi in the house, at 320kbps is perfect.

The issue of sound quality left me with the discovery of 320Kbps MP3*, for me now the focus is on the hifi. Obviously the only way to listen to music is via a system that incorporates an active Sub-Woofer and at least 5.1.... No? Surely everyone now uses a Sub-woofer?

(* If you're a Chromecast user, make sure your Chromecast device settings are enabled for 'High Dynamic Range', otherwise the bit rate is dropped down).
at August 22, 2016