Children on Twitter, what's the best way for a parent to look after their child?

Being a parent nowadays is tough. We have to make judgement calls about things we know very little about. Whilst most parents may be familiar with some social networking apps, we may have little experience of others. Arguably the most open of these is Twitter. Every public post can be read by, at the time of writing, up to 974 million twitter users. Thats a lot of opinions on your tweet, some of the more vocal (trolls) may respond with very negative tweets, and it's natural as a parent, that we would want to protect our children from these idiots. Until they reach adulthood at least.

So what should a parent do when they're asked,
"Can I have a twitter account, all my friends are on it?"
Well I think I've found the right answer. And it's this.
"Of course you can sweetheart, in fact have two". 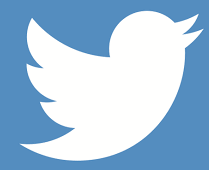 Now before you scream I'm crazy bonkers, hear me out. My children have been on twitter for 2 years, they're now 11 and 13. Yes, although they couldn't hack Talktalk, they could bypass the age verification check by Twitter. And they've been perfectly safe and have enjoyed it, thus far.

In fact, I don't mind telling you their twitter usernames, I'm not going to, but if I did, you wouldn't be able to follow them anyway, as they're under strict instructions not to approve follower requests from people they don't know. We've shown them, how twitter works, they've gotten to interact with their school friends, they've shared photos, albeit privately, and they've enjoyed a tiny % of the twitter experience. 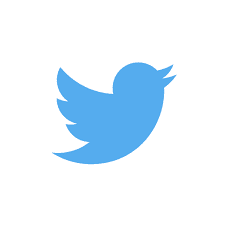 Today I am going to let them both open new, public profiles, but here's the catch. As they're children, and I'm a naturally protective parent. They're not going to be allowed to tweet stuff that reveals their identity. Their profiles won't contain their names, or photos of themselves, they will have their private accounts for that. But they will experience, the 'open world' of twitter and will no doubt stumble across goons that live to upset. They may suffer small levels of humiliation, and perhaps enjoy the 'game' as Charlie Brooker described it, of popularity. Who knows, in a few years time, if they hit the ground running and manage the situation well enough, I may change my mind and let their public profiles become their main ones. In the meantime as a parent, I know that they're learning to 'feel' the difference between a public and private social experience. And can rest easy that it'll never become 'out of control' crazy bonkers.

I will discuss with my kids, over time, about how the feeling of how one profile is different to the other and why it's important to ensure that social networking is used responsibly. I will also point out that although these profiles are public and 'anonymous' the authorities could still find out who they are, if they post malicious, threatening, racist or offensive comments. They're good kids anyway, and I am sure that they wouldn't, but a gentle reminder never hurt anyone.

Seems like the logical way forward for a caring thoughtful parent to manage the difficult situation. Have one account that they can use for their friends and have another anonymous one, to experience the crazy world of social interaction. So that the 'person' behind the profile, is protected and safe at all times.